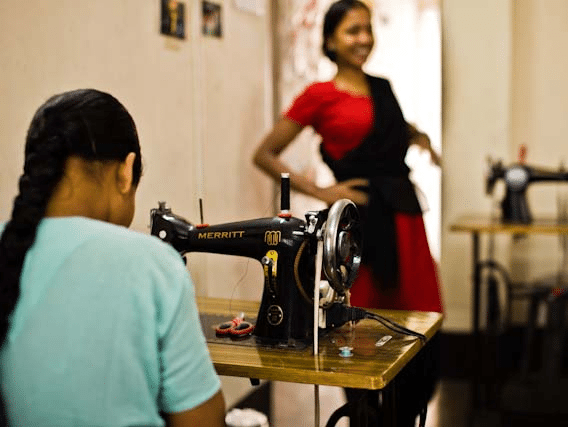 Alo’s story is a classic case of the injustices girls will face as a result of India’s heavily patriarchal society. Alo was born in Bangladesh and started working at a garment factory when she was 10 years old, where she would earn a decent wage but her hours often exceeded 14 a day.

While she was there she fell in love with a rickshaw driver, though her father was against the match. The pair ran away so that they could marry, but by marrying this man she loved, she brought “shame” to the family. In retaliation, her father disowned her and sold into the Kolkata sex trade, threatening to divorce her mother if she did not go. She was thus forced into the red light district of Kolkata where she had no contact with her beloved husband or mother.

Alo was in the sex trade for 2 years before she was rescued by Destiny Reflection. She now lives in the shelter home. Alo suffers hugely from trauma and depression, and still cannot believe that her father would do this to her, simply for following her heart. Alo finds it understandably hard to trust others, and struggles to believe in herself after what she has been through. Though, with Destiny’s help she is gaining confidence and realised that she needs to be strong to support herself and her brother who she has been reunited with.

Alo’s story is one of millions that follow a similar plot. It demonstrates the hardships young poor women suffer, and the importance of helping these women heal the injustices. Destiny helps Alo, and many others like her, deal with the aftermath of their ordeal. The mental scars will take a long time to heal, but Destiny helps by restoring these girl’s humanity and sense of self worth. By helping them become self sufficient, Destiny builds confidence, which is the huge step in the process of the recovery.